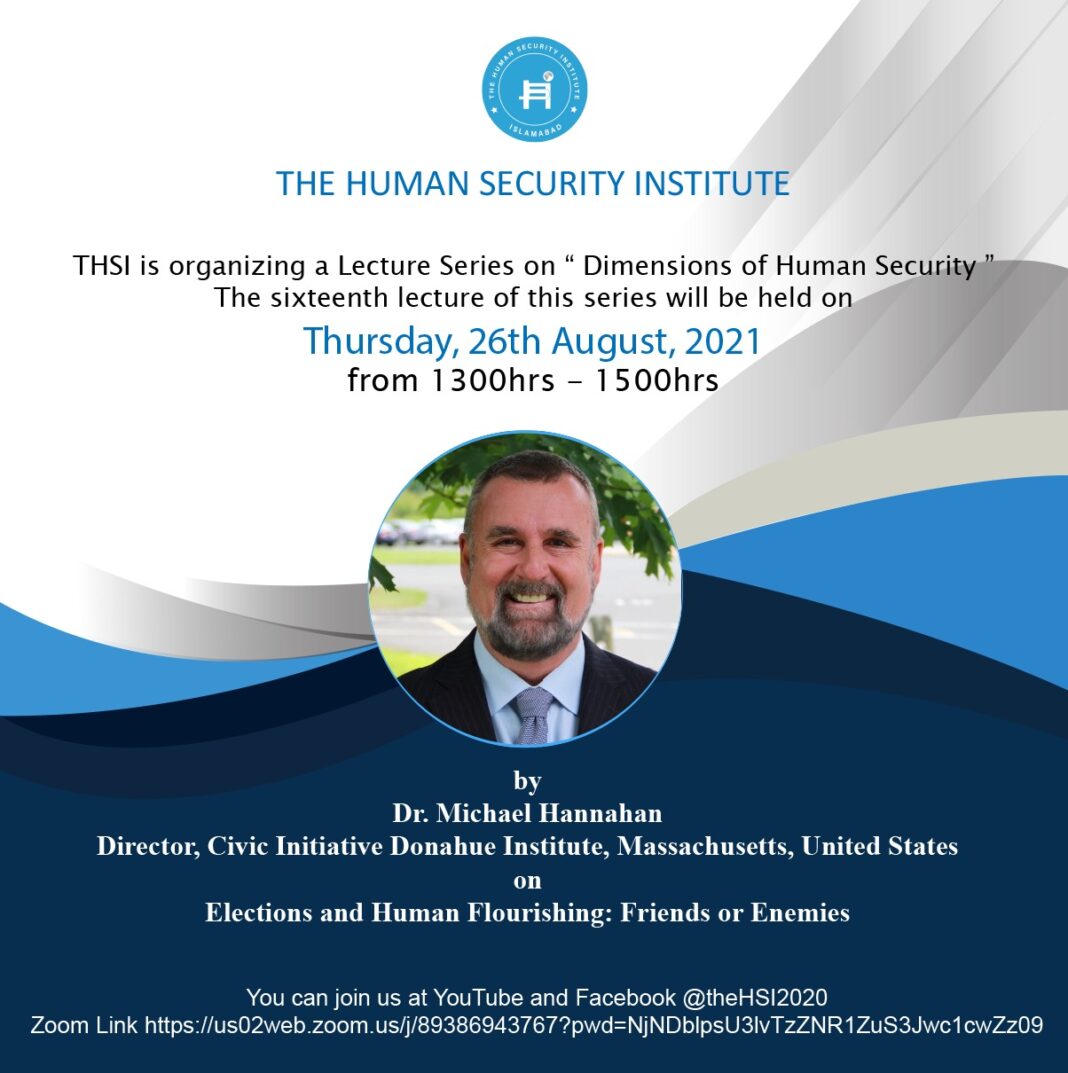 Minutes of the 16th lecture of Lecture Series on “Dimensions of Human Security”.

Topic of the Lecture: Elements and Human Flourishing: Friends and Enemies

The fundamental concepts of human security are derived from Magna Carta is a royal charter of rights agreed to by King John of England at Runnymede, near Windsor, on 15 June 1215. The absolute monarch was made to concede that subjects possessed certain rights which could not be violated even by the sovereign. The origin of fundamental rights in modern Constitutions can be traced back to 17th and 18th century philosophers; John Locke and Rousseau. Initial rights were life, liberty and property, inviolability of human person was added later. American constitution and courts played a vital role in development of modern concepts of rights.

What is Security? human security defines as access to a minimum threshold of food, water, heath, care, shelter, education and work.

Michael Hannahan, Ph.D.is Director of the UMass Civic Initiative, a program based in the Donahue Institute. As Director, he has managed 47 different exchange programs over the past 11 years and has spoken extensively in Pakistan, Iraq, Indonesia, and Argentina. He has also managed programs in Croatia, Russia, and Bulgaria. Dr. Hannahan’s research examines the effects of political campaign activity, especially direct mail and phone banks. Dr. Hannahan has worked for political parties, managed campaigns and political consulting firms, and served as senior advisor to former Massachusetts Governor Jane Swift. He teaches American Political Thought, American Government, Campaign Finance and Reform, and Modern Political Campaigns. Dr. Hannahan received his master’s degree and Ph.D. from the University of Massachusetts Amherst and his bachelor’s degree from Miami University (Ohio).