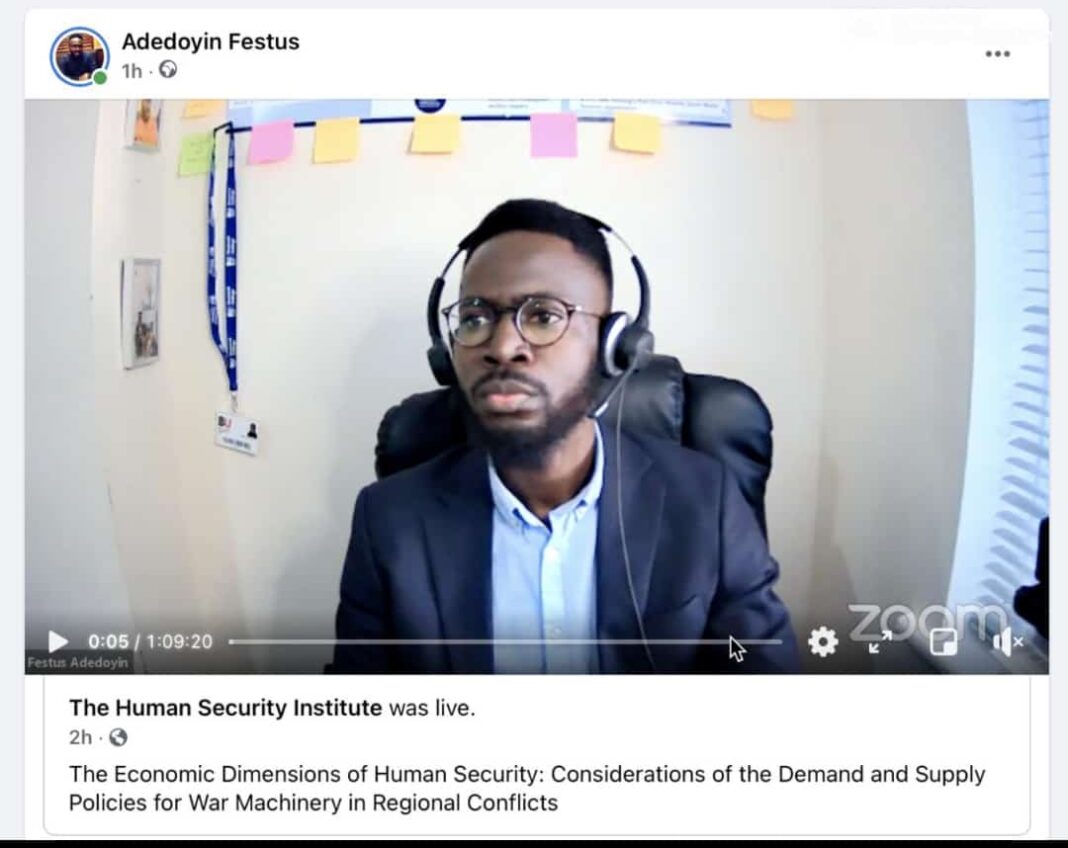 Topic of the Lecture: The Economic Dimensions of Human Security: Considerations of the Demand and Supply Policies for War Machinery in Regional Conflicts

When talking about security, we need to realize that security is not always concerned with the military aspect of a conflict, such as war, but it also encapsulates the human aspect which is often overlooked due to an increased emphasis on the traditional modes of security. The complexity of the world keeps bringing new challenges to us, and new forms of threats are always out there. To cope up with such threats, a discourse is required on the concept of Human security. A recent example is the covid 19 pandemic, which came as the most unexpected event of year 2020.

Human security is a comprehensive approach towards many challenges faced by the humans daily, and the discourse has moved beyond our general understanding of the concept of security. The modern world has problems that were not considered a potential threat to the life of an individual, such as the problem of identity, the freedom of gender associations and many others, that directly concerns an individual. Human security addresses all such threats and it makes it clear that security is a collective approach and many aspects of it overlap on different levels.

All the dimensions of the human security add back to the economic aspect of human security. Favorable economic conditions can uplift the lives of people and allow them to be put to productive use. Unemployment and persistent poverty create a supply of human resource to be utilized for other purposes that can harm the social fabric of a society. An understanding of the economics of an armed conflict can help better understand the human security problem created due to that conflict.

The economic dimension is influenced by the following agents:

Demand and supply for war machinery:

The economics of an armed conflict can be better understood by looking at the demand and supply of arms and weapons in that conflict. An armed conflict comes at a heavy price. Conflicts such as Syrian civil war or the civil war in Yemen damaged the infrastructure, the employment opportunities and businesses of the citizens, but the demand for arms has also risen simultaneously. Middle East is the most heavily armed region in the world despite being the most unstable and prone to armed conflicts. Since the end of the cold war, the arms supply has mostly been between the global north and global south with US being the largest exporter of arms.

A clear demand for arms is there in the region and creates a question that how a region so economically challenged can fund such endeavors. The arms market has grown and there are people profiting from it and certain regions are relentlessly being supplied with arms making them more heavily armed than other regions.

A market for conflict:

Much like market for goods, services and products, there is also a market for conflict. And in a conflict market, a supply creates its own demand. For example, in a country ridden with political instability and poverty, there will be population available to be exploited for other uses which may posse a threat the stability if the region.

Such a situation creates a decline in the working population and increased borrowing by the government, disruption in trade and higher inflation affects the lives of people. The GDP of such a country is locked in a perpetual state of socio-economic instability and the standards of the human development drop significantly. This market is thriving, and it needs to be addressed. Otherwise, the objective of human security can never be achieved.