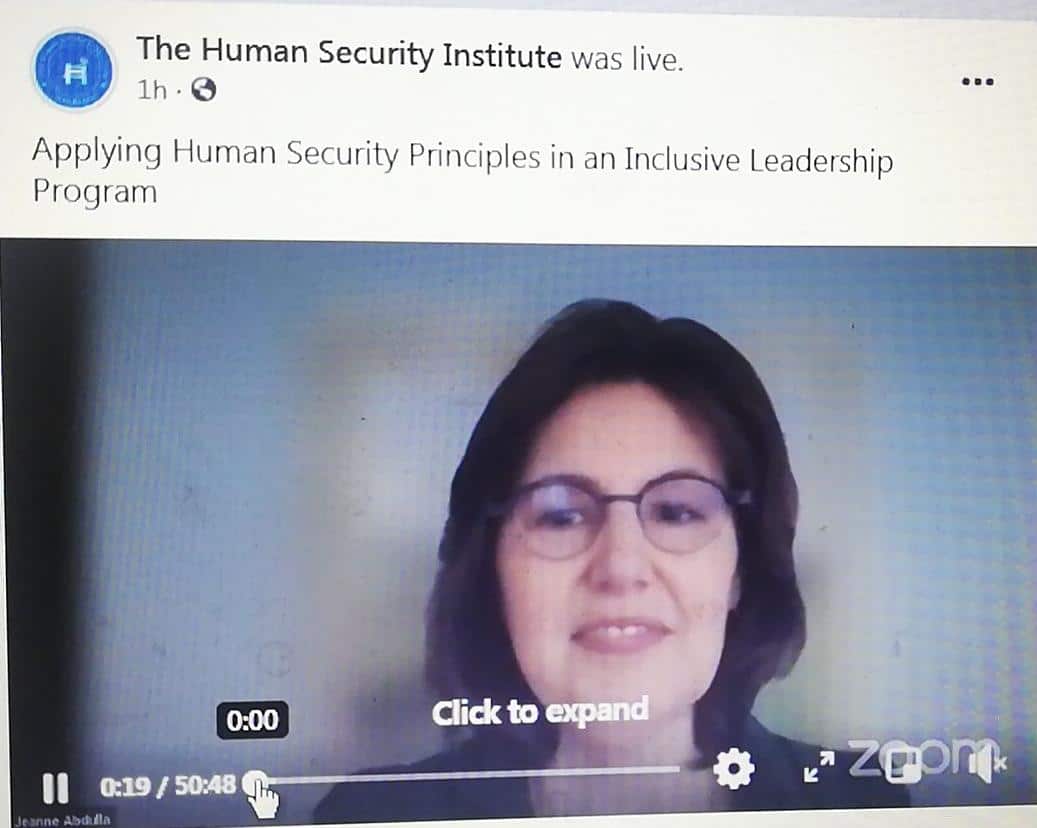 Topic of the Lecture: Applying Human Security Principles in an Inclusive Leadership

The state security is not sufficient in this age. A state alone cannot mitigate threats posed to individuals. Human security prioritizes the prevention conflicts and address the root of cause of violence. Further, it advocates human rights, people-centered development, and security. As it is said’ “Security requires people to be able to speak out and act freely and fearlessly.” Human security includes political security, personal security, economic security, community security, health security, food security, and environmental security.

The state security focuses on a state; dependent on military might; maintains by the state institutions; has less concerned about global security; and its aim is to increase military capacity. On the other hand, human security’s preferences are individuals, human rights, and human development.

Brief Introduction on the role of Civil Society in a Human Security approach towards safety in communities:

Around the world Civil Societies (CSs) are non-profitable organization, and they are working with collaboration with governments, corporations, and volunteers. Moreover, CSs help governments to solve complex issues in order to prevent violence and sustain the dignity of humankind. Their goal is betterment of individuals, communities, and societies.

Conflict transformation is effective in analyzing conflicts in the society. The Inclusive Leadership program (ILP) is a designed program based on envisioning, empowering, engaging, and adaptive learning. Human Security Collective has designed ILP in three workshops. ILP goal is to project implementation and strengthening of human security network. Human Security Collective, and Hague-based organization, conducted a study based on collective negotiations between Dutch and other migrant communities to find the answer that why people of Delf joining Syrian conflict. The study shown that the marginalized communities with fewer privileges join the conflicts. ‘A Turkish or Moroccan citizen was asked to show his ID.’

There are two kind of properties in Netherlands: social property and private property. Social property is for the people with low incomes. And this sector is mainly managed by housing associations.  As it is mentioned above that a few Delft people became the first Dutch foreign fighter who died in Syria in March 2013. Due to this incident various studies had been conducted to find the causes behind this tragedy. Human security collective also conducted a study on it, which shown that people of Delft are more marginalized and faces victimized; therefore, they are joining Syrian fight. Moreover, the people of its neighborhood, De Buitenholf, are more peaceful and not a single person on this city join foreign fight because they are more dependent and have more rights.

Ms Jeanne Abdulla is the Director of Programmes Human Security Collective, The Netherlands. She is the Co-founder of Human Security Collective. She is the Co-founder of Human Security, and set up the programme of Inclusive Leadership and managed to obtain funding to roll out programmes in the Middle East (Palestine, Tunisia and Libya), The Netherlands, East and West Africa, the Philippines and East Europe (Kosovo and Bosnia). Being the Director of Programmes, she works with local partners from the Middle East (Palestine, Libya and Tunisia) and the Netherlands to capacitate young leaders to engage with key players at the local, national and international levels that have an authority with regard to their human security. These young leaders are also supported in developing and implementing innovative community approaches to improve the daily safety in their communities. She also has expertise in common-ground methodologies (Future Search), non-violent communication (NVC), empathy, deep dialogue (Deep Democracy), appreciative listening, peer-to-peer and adaptive learning.