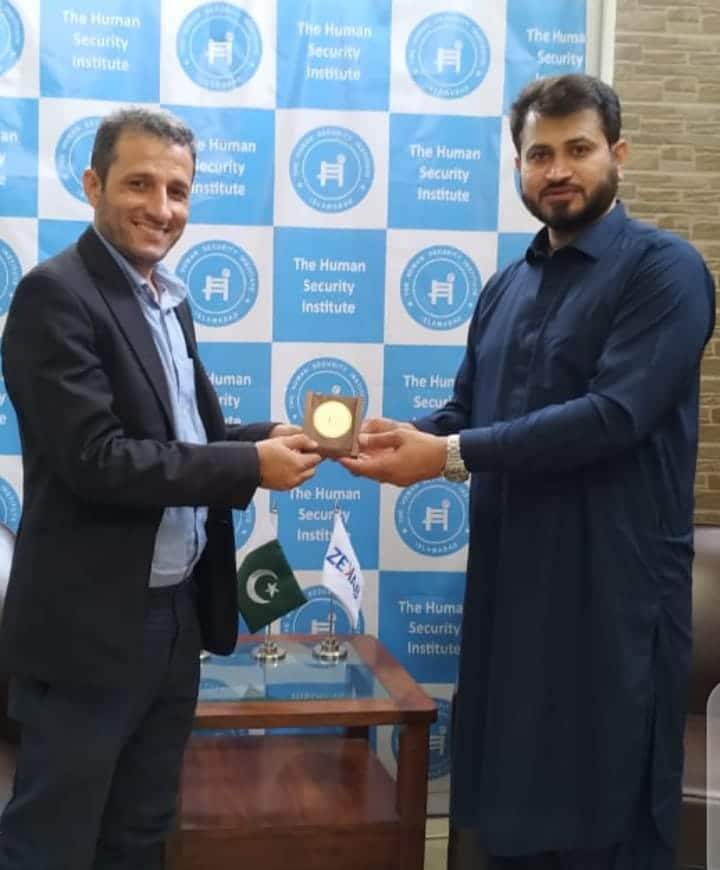 Minutes of the 10th lecture of Lecture Series on “Exploring the Dimensions of Human Security”.

Topic of the Lecture: Economic Insecurity and Child Labour

The menace of Child labour

Child labour is a rampant problem in Pakistan, as it affects a huge portion of minors in the country who are forced to work for various reasons and they are denied their basic rights, such as education. Pakistan is a young country, 30% of its population is under the age of 15 which makes Pakistan a majority youth country. Over 12.5 million children are engaged in child labour in Pakistan and these children are engaged in the worst form of labour such as:

Many sectors in Pakistan rely on child labour, such as:

Apart from the main industries, child labour is also very common in the informal industries. A huge chunk of children working as child labour are employed in the households which is hard to regulate and keep a check on and which makes them prone to physical and sexual abuse. Children also become a victim of human trafficking.

The UN has committed to eradicate child labour in all forms by the year 2025. The Sustainable Development Goals target 8.7 focuses on these specific issues where the UN is to take actions to eradicate forced labour, slavery, human trafficking, and child labour.

There is a lack of public education on this matter. Child labour is not considered an offence in Pakistan as it has been internalized and many industries are reliant upon child labour. The inability of the state to provide publicly available education facilities is also a major factor. There is also an economic factor behind this menace. Parental income constraints also force children to go out and work to contribute to their household income. The government is also to be blamed for that matter, as there are serious flaws and deficiencies in the public policy regarding child labour and bonded labour in Pakistan. And the inability of the social institution to perform and enforce the existing policies is also a major reason for this menace to persist.

The number of children in child labour has risen to 160 million worldwide – an increase of 8.4 million children in the last four years. Covid-19 pandemic has also caused the situation to worsen, and Pakistan was not spared. There has been a rise in child labour.

Legislation in Pakistan on Child Labour

There has been some progress in Pakistan on the matter of Child labour, though much work is to be done still.

There is a focus on eradication of child labour from Pakistan but sadly, the implementation is not sufficient. Governments have failed to produce data on their efforts to enforce child labour laws.  Rampant police corruption, police take bribes to turn a blind eye towards the abuses committed against children who are employed in various industries. There is also a lick of willingness as child labour is not considered a crime to most of the people of Pakistan, mainly due to the lack of education on the matter. That is why the issue is not taken as seriously as it should be taken. Moreover, the federal and Balochistan governments have not introduced a minimum age limit for work and hazardous work which should be in compliance with international standards.

To be successful in eradicating child labour, we need to address the root cause of child labour. A decent work for parents, social protection by the state, and a free of cost quality education for the children is required. Governments, businesses, and civil society is encouraged to raise the awareness on the subject. Public education is essential, especially, in the context of Pakistan where there is a need for the recognition of child labour as an offence and a human right abuse. It is important to develop these solutions together with schools, families, local authorities, and organisations while also listening to the voices of children.

In 2020, Pakistan was re-elected to a seat on the United Nations Human Rights Council (HRC). The new term will commence in 2021 and end in 2024. As an HRC member, Pakistan promises to follow an extensive list of practices to protect human rights, including those of child labourers.

Rizwan Ali Shinwari is a Ph.D. fellow at the Centre for International Peace and Stability (CIPS), National University of Sciences and Technology (NUST), Pakistan. He was a research fellow at the Baker School of Public Policy, University of Tennessee, and a long-term visiting fellow at the University of Massachusetts, USA. His research interests include; Peace Education, Child Labour, Trade Relations, and Energy Politics. He can be reached at rashinwari@gmail.com.